Understanding and mastering Git by Reuven M. Lerner
Buy for $250

Finally! Understand Git, and how it works
Buy for $250 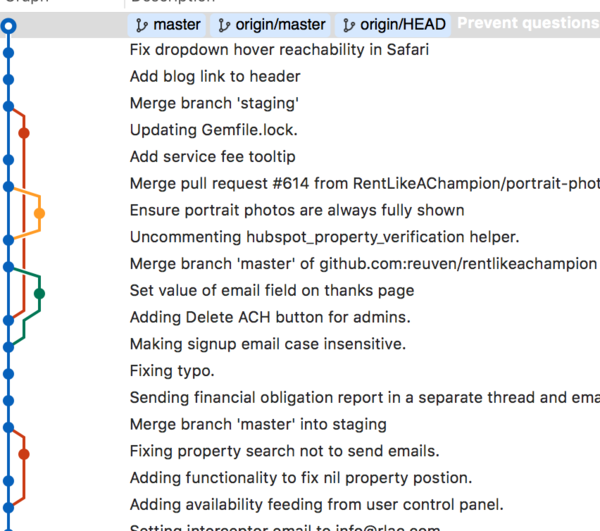 So, you've started to use Git — and it seems horribly confusing. Commands that you used in SVN (or other version-control systems) have the same name, but do totally different things. You can't understand why you get conflicts, what's happening when you "push" and "pull," and why you have to add files before you commit them.  And why are there so many different ways to merge?

If the above describes your state of mind, then you're not alone: Git is powerful, and is one of the best tools I've ever added to my programming arsenal.  But it has a steep learning curve, and is hard for many people to use.

I've taught Git to developers around the world, and over that time I've learned that one of the main obstacles to using Git effectively is understanding what it does, and how it works. In this course, I thus not only teach you Git, but how to think in the way that Git wants you to think.  In this way, you'll not only be able to use Git, but to use it effectively -- and to become a more effective, fluent developer, and a more valuable member of your team.

As a Linux and OpenStack SysAdmin, I maintain configuration files, scripts, etc in Git.... but I never really understood Git, I just used the same 3-4 commands that someone put in a wiki page.

But what if our Git repos were screwed in some way, how would we recover from that? Developers would come to me to fix the issues and I would probably take some 'shotgun' approach to restore them.

This is why I took Reuven's Understanding Git course. Reuven clearly explains how Git works and has provided me the background info I was looking for to confidently maintain Git repos and to make better use of the Git generally. — Maurice Burrows 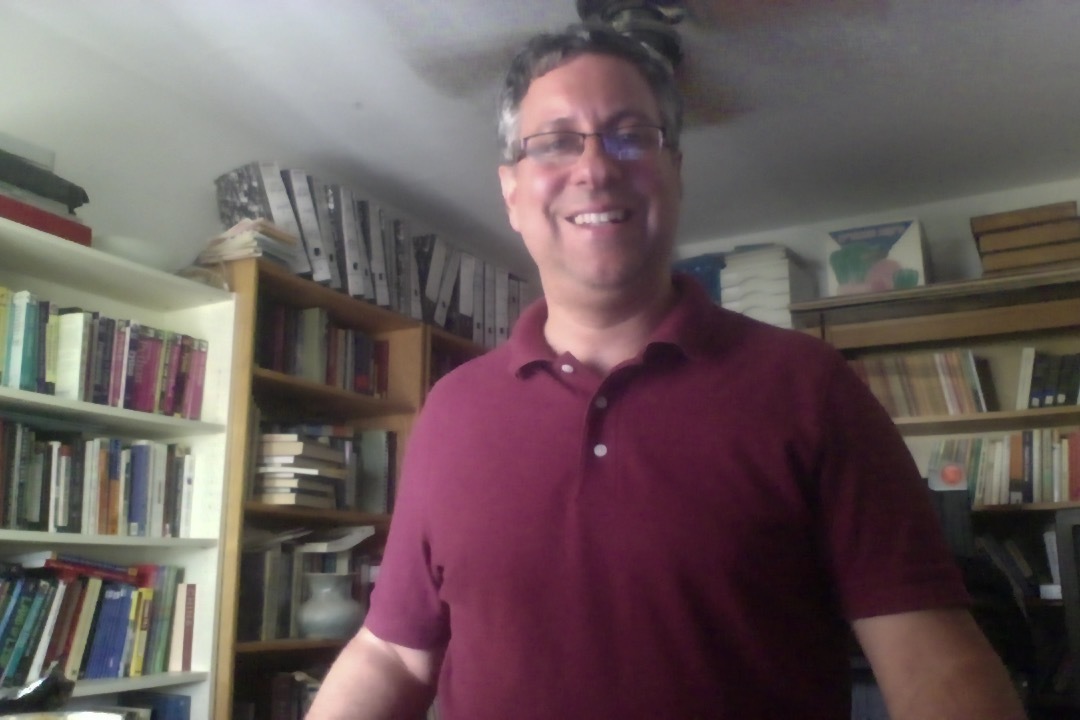 What if I have more questions?

Just e-mail me at reuven@lerner.co.il, and I'll try to answer as quickly as possible.
Q

Can I buy this course for my team at work?

The course, as sold here, is for individuals.  However, e-mail me (at reuven@lerner.co.il) if you want to make a group or team purchase, and I'll provide you with an appropriate discount code for each team member to use.
Q

I bought a previous version of this course, a live recording from the summer of 2017. Do I have to pay for this course?

Not at all!  E-mail me, and I'll send you a coupon code for a free upgrade. My "forever free" policy applies to upgrades and updates to my courses, including this improved version of my online Git course.
Q

I'm a student or pensioner. Can I get a discount?

I know very well what it's like to be a student on a limited budget; I spend 11 years (!) on my PhD.  So yes, as with all of my products, there's a student discount.  E-mail me (reuven@lerner.co.il), and I'll send you the appropriate coupon code.

I'm not yet a pensioner, but I understand what it's like to be on a fixed income -- and you can get a discount, too!  Again, just e-mail me to get a discount code.
Q

What GUI tool do you use?

I don't.  In this course, I teach you to use the Git command line.  That's for a few reasons:
That said, I do use SourceTree for visualizing repositories and what's happening with them.  You don't have to use SourceTree to enjoy this course, but I do like the way it makes things look.
Q

What if I dislike the course?

If you didn't get any value from the course, then just e-mail me (reuven@lerner.co.il) and ask for a refund.
Q

I've taught Git for more than a decade to engineers at companies around the world.  While it's possible to learn Git in less time or with less detail, this course represents what I believe to be the best and more comprehensive way to learn to use it.

However, I understand that for some people, the time commitment and/or price might be too steep. For them, I offer a "starter version" of my Git course.  You can always upgrade from that edition to this one by paying the difference in price.
Q

This price is far too high for someone living in my country. Do you offer "parity pricing," or something like it, for people outside of the world's wealthiest countries?

Indeed, I do: If your country is not one of the 30 with the highest per-capita GDP (as indicated here, at https://en.wikipedia.org/wiki/List_of_countries_by_GDP_(nominal)_per_capita), then e-mail me.  I'll send you a coupon for 40% off the price, which I believe (hope) makes it more affordable.

Note that this applies to people currently living in one of those non-wealthy countries; not to people originally from there.
Q

What if you update the course?

My "forever free" policy ensures that once you buy my Git course, you get any and all updates for free.  Forever.
Q

What does this course teach?

This course teaches everything you need to know to use Git on a day-to-day basis, either as part of your work or on your own.  This is the same course that I have given for many years at Fortune 100 companies around the world, and which has helped to jump-start many groups' use of Git.

You'll learn how to think the way Git requires, to use GIt's commands, and to work with Git on the network using GitHub (or any other system you prefer).

I am convinced that if you go through the course, including the many exercises, you'll have a strong understanding of Git and will be able to use it effectively.
Welcome!
Enter your info below to login.
Forgot your password?